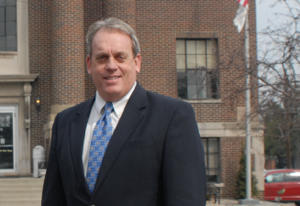 Dale Fowler, the Republican candidate for the Illinois Senate in District 59, issued a statement this week on his stance regarding education funding and the state graduated income tax.

Fowler said that a priority for the state should be to keep businesses and families living and operating within the state. He said that tax increases are expected to cost the state approximately 20,000 jobs and that the state has the highest property taxes in the United States.

Regarding education funding, Fowler said the state should not be transferring funding from communities outside of the Chicago area. This statement was released following a school funding proposal from Democrat state Sen. Andy Manar. According to the Chicago Sun Times, many state Republicans consider the plan a bailout for Chicago schools.

“It seems as though we are being forced to bail out Chicago due to lack of good leadership throughout the last decade,” Fowler said. “Rather than bailing out Chicago we should reform our system and invest in our students and not bureaucracy.”

Fowler said he is campaigning for lower taxes, job protection and balancing the state’s budget.

Fowler is the mayor of Harrisburg and also serves as business development officer for People’s National Bank.

Want to get notified whenever we write about Dale Fowler for State Senate ?

Sign-up Next time we write about Dale Fowler for State Senate, we'll email you a link to the story. You may edit your settings or unsubscribe at any time.