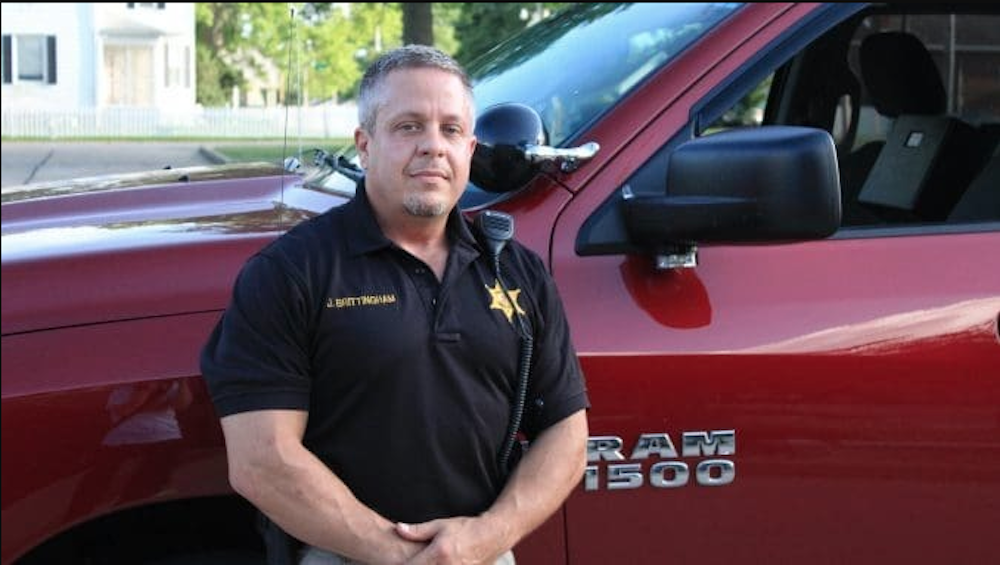 “What I have the most pride in is the people I have helped along this journey, the ones that I knew were headed to prison or death that have made a complete turnaround,” Brittingham told SW Illinois News. “I have said if you can save one person you have done your job. I have been lucky enough to save several. Many of them are my friends today. Some have come to me and thanked me, telling me about the impact I have had that I didn't even know about.”

Brittingham began working part-time for the Red Bud Police Department in 2000 before going full-time in 2002. Prior to being named Red Bud Police Chief in 2015, he was a detective for the department for almost 13 years.

He has also previously served as an investigator for the Major Case Squad of the Greater St. Louis area and inspector for the Southern Illinois Drug Task Force.

“I've enjoyed all aspects of this job,” Brittingham said. “It is the type of job that always changes. As chief, I do more of the leadership and paperwork. Probably the most fun I had was working undercover in plain clothes.”

Brittingham, a current Red Bud resident, started his law enforcement career in Ellis Grove in 1997 while attending a part-time academy.

“Law enforcement kind of chose me,” he said. “I was working in a factory where I was given the opportunity to go to the part-time academy. I never planned on being a police officer. I was good at it, I think because I had some life experience and could relate to people.”

In addition to being in law enforcement, Brittingham is very involved with the community. He is a board member of the YMCA, executive chair of the Southern Illinois Abuse Alliance, ESDA director with the city, and board member with the county EDA.

Brittingham has also coached many sports programs and is currently the assistant wrestling coach at Red Bud High School. He is also involved with the Lions Club, Rotary, Masons and VFW.

“It is incumbent upon every person to try to make this world a better place than how we found it,” Brittingham said. “This is my town. My kids were raised here, my grandkids are being raised here. I have many friends here. I have an investment in this community.”

Want to get notified whenever we write about Red Bud Police Department ?

Sign-up Next time we write about Red Bud Police Department, we'll email you a link to the story. You may edit your settings or unsubscribe at any time.